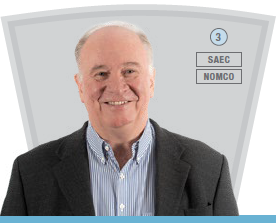 Mr Flemming joined African Oxygen Limited in the gases division in 1985 as the Financial Systems Manager for the Witwatersrand. He was appointed as the financial executive for the healthcare division of African Oxygen Limited in 1994 and as general business manager in 1997. Following the merger with the listed entity Presmed, the merged company was listed on the Johannesburg stock exchange in 1999. Mr Flemming was appointed CEO of Afrox Healthcare in 2002. The company was taken private in 2005 and relisted in 2010 as Life Healthcare and Mr Flemming served as CEO until his retirement in 2014. He serves as a non-executive director on the board of Medicover AB, an unlisted healthcare service company operating in Eastern Europe, the UK and India. He was appointed to the Metair board on 1 March 2019 and as the chairman of the audit and risk committee on 2 May 2019. Mr Flemming was appointed to the nominations committee on 17 February 2020 and to the social and ethics committee on 29 January 2021.

Mr Flemming was appointed chairman on 5 May 2021. 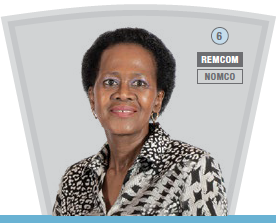 Ms Mgoduso started her career as a clinical psychologist, during which time she lectured at universities and practiced both in South Africa and abroad. She served as group HR executive at Transnet SOC Ltd and then as chief executive officer of Freight Dynamics. She later joined Imperial Logistics as group transformation executive. She left Imperial Logistics to serve as managing director of Ayavuna Women’s Investments. After her time at Ayavuna, she spent time in strategic consulting and infrastructural development and HR. She is currently a Trustee of Ayavuna Trust, a board member at Zimplats, where she chairs the remuneration committee. She is the chairman of Jojose Investments. She chairs the remuneration committee at the Competition Commission. Ms Mgoduso was appointed to the Metair board on 1 March 2016 and serves as chairperson of the remuneration committee. She was appointed to the nominations committee with effect from 27 September 2018 and was appointed as lead independent director with effect from 17 February 2020.

Mr Muell holds a Diplom-Betriebswirt (BA) from Berufsakademie Stuttgart, Germany, equivalent to a Bachelor of Commerce. He has over 30 years of experience in the motor industry and is the co-founder and CEO of Scientrix Holdings Limited (Scientrix). Prior to Scientrix, Mr Muell was the President and CEO of Mercedes-Benz Argentina S.A and held various other executive positions within the Daimler Group in Germany, Turkey, South Africa, Mexico and Argentina. He has multinational and broad cross functional management experience in the fields of finance and controlling, logistics, procurement, strategic planning, sustainability and stakeholder management. Mr Muell was appointed chairman of the social and ethics committee and as a member of the remuneration committee on 17 February 2020. 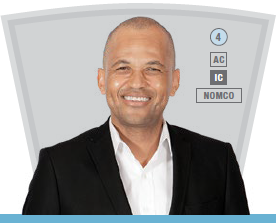 Mr Mawasha has been CEO of Kolobe Nala Investment Company (KNI) since April 2019. Prior to KNI, he was Country Head – South Africa for Rio Tinto and Managing Director of Richard Bay Minerals. He previously held leadership, operational and technical roles at Anglo American (Kumba Iron Ore), the De Beers Group and AngloGold Ashanti. Mr Mawasha is passionate about education and the development of others. He is a member of the Witwatersrand University Mining Advisory Council. In 2017, he was selected as a Young Global Leader of the World Economic Forum. Mr Mawasha was appointed to the Metair board and the audit and risk committee on 1 March 2018. On 2 May 2019, he was appointed as chairman of the investment committee and member of the nominations committee. 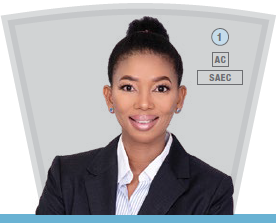 Ms Sithebe is a private equity investment professional with over a decade of experience in mergers and acquisitions (M&A) and corporate finance from a wide range of businesses primarily in the industrials value chain. Her career debut was with EY where she trained to qualify as a CA(SA) after which she established her own accounting and audit practice named Kamva Advisory from 2008 to 2011. Ms Sithebe later went on to join the Industrial Development Corporation of South Africa (IDC) where she was a Senior Dealmaker. Ms Sithebe was most recently Principal at African Phoenix Investments Limited, a mid-market focused private equity investment firm. Ms Sithebe is currently Managing Director of Kamva Investments, an investment holding entity with a focus on unlisted investments and M&A advisory. Ms Sithebe also serves on the boards of Altron Limited and Dis-Chem Pharmacies Limited. Ms Sithebe holds a BCom.Acc (RAU) with Honours (UNISA) and an MBA from GIBS.

Ms Mkhondo is an investment director at Value Capital Partners Pty Limited (“VCP”). Prior to joining VCP, Ms Mkhondo was a seasoned investment banking and corporate finance professional, having spent time at Goldman Sachs International Plc and Anglo American Plc (both based in the United Kingdom) where she was responsible for mergers and acquisition execution, investment evaluation and strategic long-term financial planning. During her time at Goldman Sachs and Anglo American, Ms Mkhondo executed cross-border transactions in the consumer/retail, healthcare, real estate and metals and mining sectors across the United Kingdom, Africa and the Americas. Ms Mkhondo is a Chartered Accountant (SA) by profession, having begun her career in the audit and advisory financial institutions services team at Deloitte & Touche, in Johannesburg. In addition, Ms Mkhondo has a Masters of Business Administration from the London Business School, where she was a Mo Ibrahim Scholar. 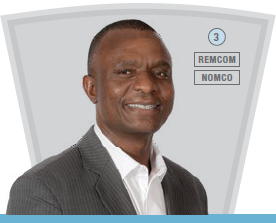 Mr Sithole is the CEO and co-founder of Value Capital Partners Pty Limited (VCP). Prior to starting VCP, he was at Brait for more than eight years as an executive director. Prior to Brait, Mr Sithole was a partner at Deloitte, where he spent six years as an audit partner and departed the firm as group leader for the Financial Services Audit Practice in Johannesburg. He currently also holds directorships, among others, in Altron, Adcorp and Sun International. Mr Sithole was appointed to the Metair board on 1 March 2019 and to the remuneration and nominations committees on 2 May 2019.

Ms Mathews is a qualified Chartered Accountant (South Africa) and holds a Postgraduate Certificate in Advanced Taxation from the University of South Africa (UNISA) and a B.Com.Acc (Hons) from Rand Afrikaans University (RAU) (now University of Johannesburg (UJ)). Ms Mathews currently serves on the board of trustees of Redefine Empowerment Trust, the board of directors of PSG Group Limited (and its audit and risk committee) and PSG Financial Services Limited. Ms Mathews is also the lead independent director of Redefine Properties Limited and serves on various committees. Ms Mathews previously served on the board of directors and various committees of, inter alia, ATKV, ATKV Sake and OneLogix Limited.

Mr Giliam holds a B.Eng (Hons) in Automotive, Project Management and a Bachelor in Mechanical Engineering from the University of Pretoria. Mr Giliam is currently the managing director of Robertson and Caine Proprietary Limited and has a wealth of experience in the automotive industry, gained through various senior roles, including, inter alia, project director at Jaguar Land Rover U.K, vice president at BMW Group and plant coordinator of Metalsa South Africa.

He was appointed as an independent non-executive director of Metair with effect from 1 May 2021. 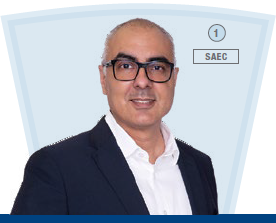 Mr Haffejee served as the CEO of Sumitomo Rubber South Africa Proprietary Limited (“Sumitomo Dunlop”), a division of the Japanese listed company, Sumitomo Rubber Industries Limited, where he held an Executive Officer position, as well as being the Chairman of its Middle Eastern subsidiary.

Previously, Mr Haffejee was an Executive at Vodacom Business from 2008 – 2012 and he also occupied a number of senior managerial positions at BMW South Africa over the period 1996 – 2008. His responsibilities there included several positions in manufacturing at Plant Rosslyn and GM roles in Corporate and Government Sales and Customer Relationship Management in Head Office.

He serves as an Executive member of both the component industry body, NAACAM and the Durban Auto Cluster, as well as having served as a Director of the tyre industry body, SATMC. In addition to this Mr Haffejee is a Durban Chapter Young Presidents’ Organization (YPO) member and holds an MBA in Customer Loyalty, a postgraduate Diploma in Business Management and a BSc in Mechanical Engineering.

He was appointed as the CEO of Metair with effect from 1 February 2021. 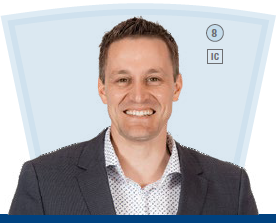 Mr Douwenga qualified as a Chartered Accountant in 2003 after completing his articles with PwC, and then spent approximately eight years in PwC’s deals division where he gained extensive experience in acquisitions across various sectors within Africa and Europe. Mr Douwenga first started working with Metair in 2011 during the Rombat acquisition and was subsequently appointment as business development director at First National Battery during 2013 where he was primarily involved in operational and financial evaluation and execution of new acquisitions, most notably Mutlu Akü in Turkey. He was subsequently appointed as chief financial officer in 2014.

Appointed to the Board: 2019
Appointed chair: May 2021
Qualification: B Comm, Bachelor of Law, B Prok, AMP Harvard
Other directorships: Medicover AB and True North Development (Pty) Limited

Appointed to the Board: 2016
Qualification: MA (Clinical Psychology)
Other directorships: Zimplats, Jojose Investments

Appointed to the Board: 2018
Qualification: BSc (Eng) Electrical, GCC, PMD, ADP
Other directorships: Exxaro Resources and Murray and Roberts

Appointed to the Board: 2021
Qualification: B Eng (Hons)
Other directorships: Hesto Harnesses (Pty) Limited and Supreme Spring (Pty) Limited

Appointed to the Board: 2021
Qualification: BSc, PGD, MBA

Appointed to the Board: 2014
Qualification: B Comm (Hons) CA(SA)

Support combating the spread of Covid-19.
National Lockdown from March 26 until April 16.